It is our great pleasure to announce that four international renowned scholars Prof. Dr. Alessandro Tredicucci, Prof. Dr. Rui Q. Yang, Prof. Dr. Yonghang Zhang, and Prof. Dr. Yu.P.Yakovlev have accepted our invitations to join the Journal of Infrared and Millimeter Waves Editorial and Advisory Board. The Editorial Board includes experts from all major fields within the infrared, millimeter and terahertz waves to cover the scope of the journal. 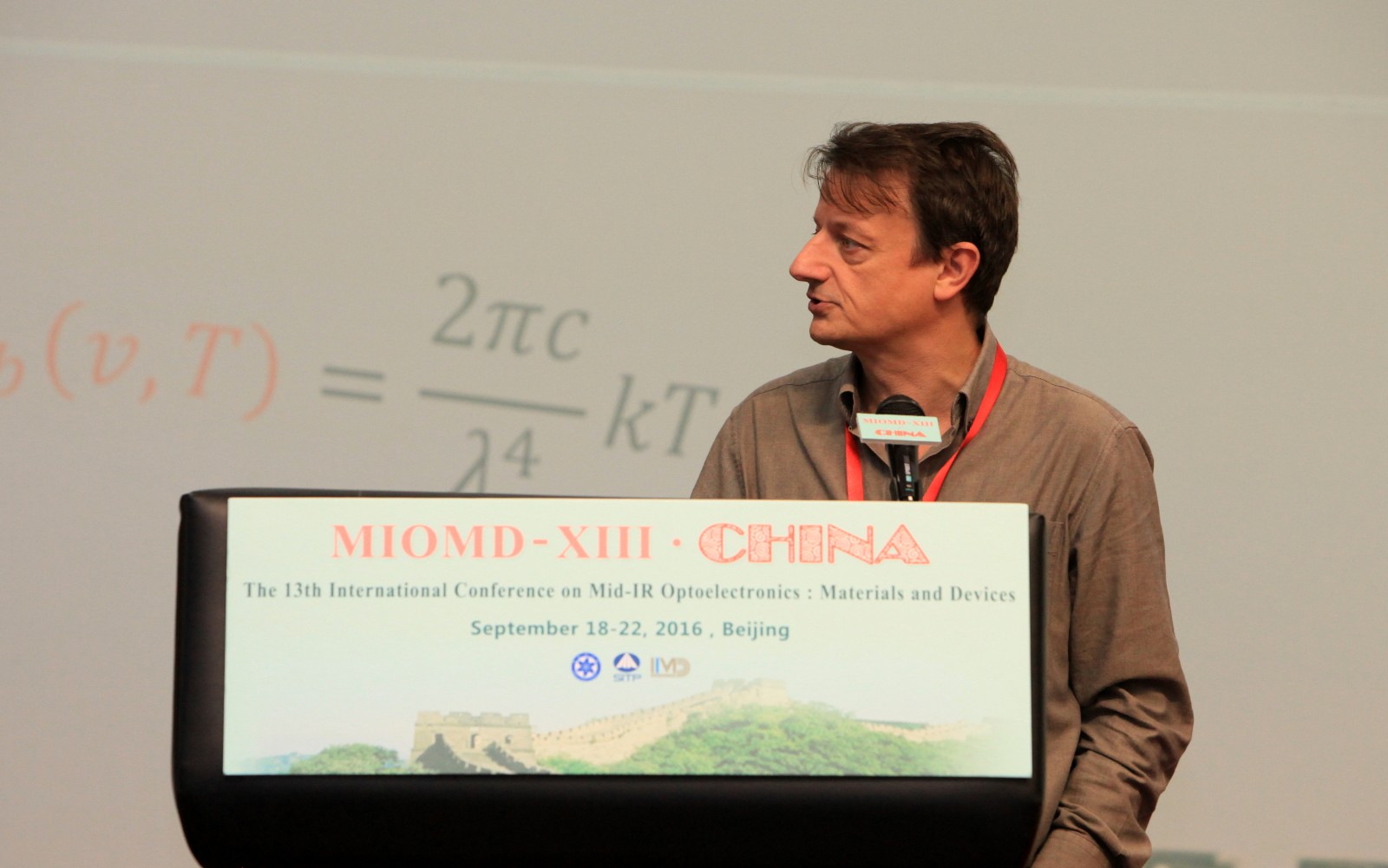 Prof. Dr. Alessandro Tredicucci was born in Chiavari, Italy, in 1968. He received the Ph.D. degree in physics from the Scuola Normale Superiore of Pisa in 1997, focusing on exciton-polariton propagation in confined systems and modifications of light-matter interaction in microcavities. From 1997 to 2000, he was at Bell Laboratories, Lucent Technologies, Murray Hill, NJ, where he worked on the development of novel quantum cascade lasers with superlattice active regions. He moved then back to Pisa, first at the NEST center of Istituto Nanoscienze - CNR and Scuola Normale Superiore till 2014. He is a full professor of Condensed Matter Physics, at the University of Pisa now. His activity is mainly concerned with devices for the generation and detection of THz radiation and with the investigation of new regimes of light-matter interaction. The first demonstration of a THz quantum cascade laser, the first observation of intersubband polaritons, and the implementation of the first THz detector in graphene are among his best-known achievements. Dr. Tredicucci was the recipient of several awards, among which the 2003 S. Panizza award for opto-electronics of the Italian Physical Society, the 2005 S. Campisano prize for condensed matter physics of the CNR, the 2013 Nick Holonyak Jr. award for semiconductor optics of the Optical Society of America, and the 2014 Occhialini prize of the Institute of Physics. He is a Fellow of the Optical Society of America since 2014, and the Associate Editor on APL. 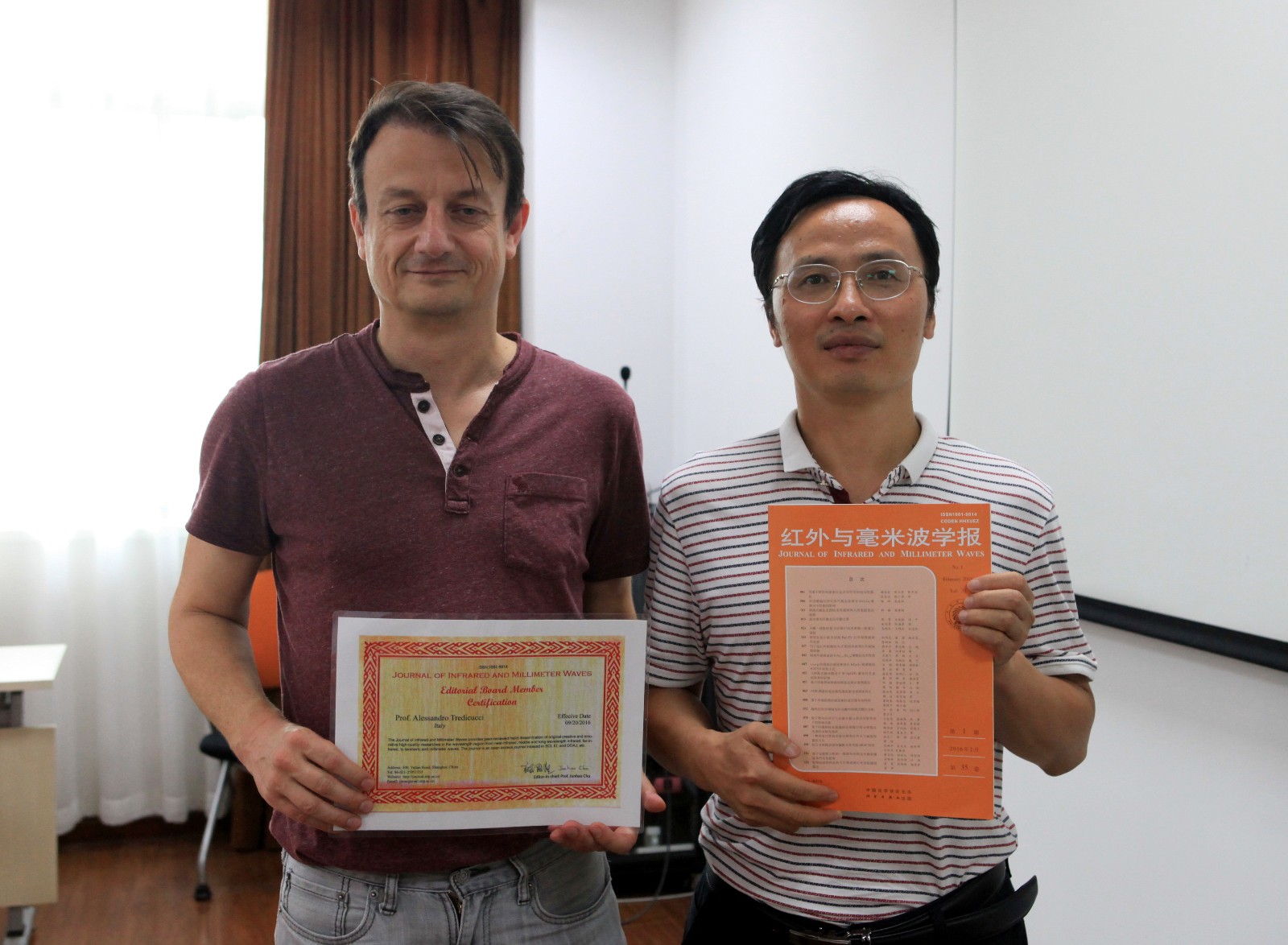 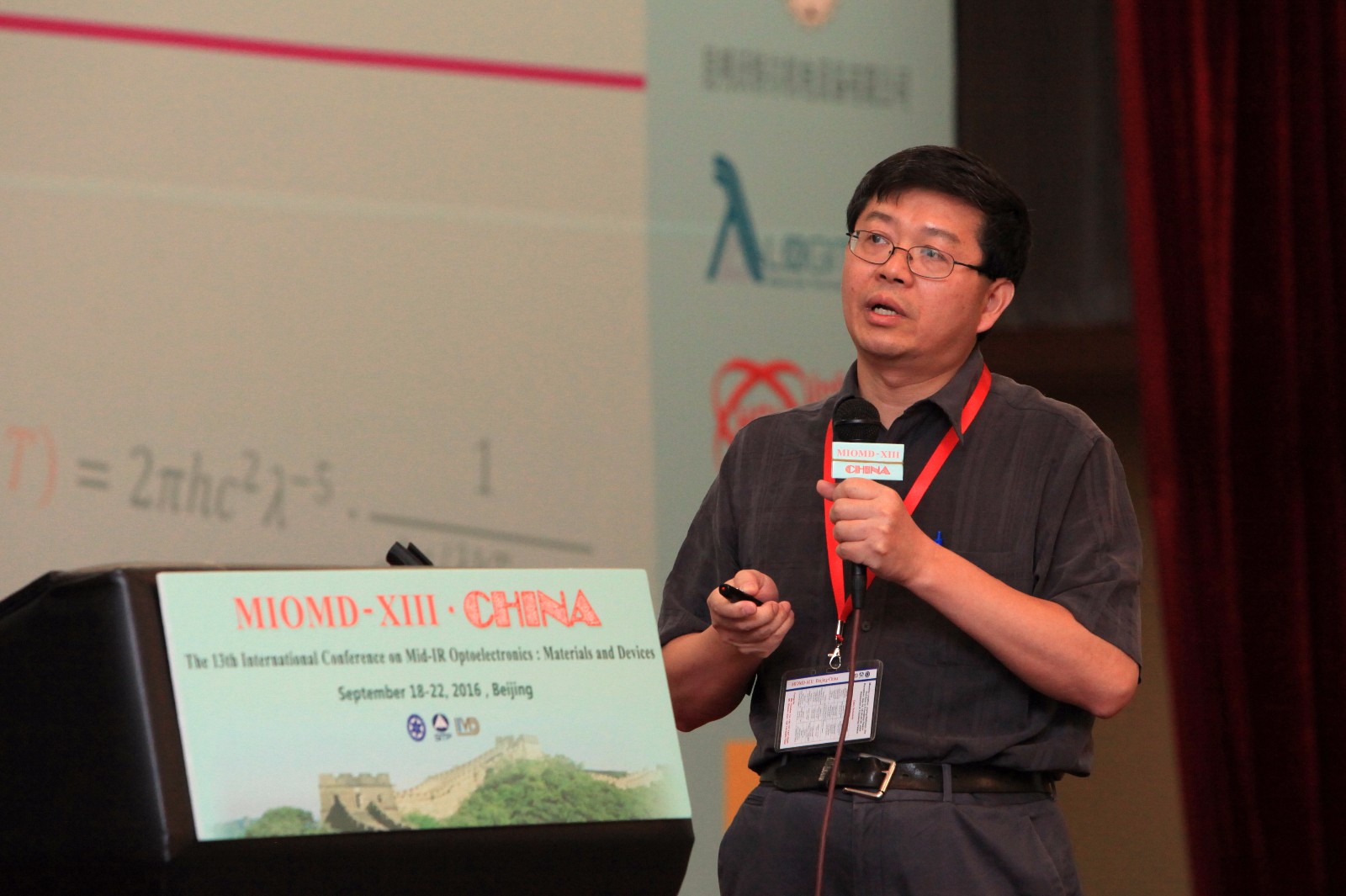 Prof. Dr. Rui Q. Yang is a professor in the School of Electrical and Computer Engineering at the University of Oklahoma, USA. He received the B.Sc. degree in 1982 from Zhejiang University, and M.Sc. and Ph.D. degrees in 1984 and 1987 from Nanjing University , respectively, all in physics.  He is the inventor of interband cascade (IC) lasers, photodetectors, and photovoltaic devices with research activities ranging from condensed matter physics to semiconductor quantum devices such as tunneling diodes, mid-infrared lasers and detectors, and photovoltaic devices for converting infrared light to electricity. Prior to joining the University of Oklahoma in 2007, he was a Principal Member of Engineering Staff and a Task Manager at the Jet Propulsion Laboratory (JPL), California Institute of Technology, Pasadena, California, where he led the development of advanced mid-infrared IC lasers for applications in Earth sciences and planetary explorations. He received the Edward Stone Award in 2007 from JPL for outstanding research publication and the successful accelerated infusion of cutting-edge IC semiconductor laser technology into flight mission readiness. The IC lasers that he developed have already been employed in practical applications. One of them is currently working in a flight instrument aboard NASA’s Curiosity rover and has successfully detected CH4 on Mars. He has authored/co-authored more than 130 refereed journal articles and two book chapters with 7 patents and over 200 conference contributions, invited seminars, and talks. He is a Fellow of The Optical Society (OSA) and Institute of Electrical and Electronics Engineers (IEEE) for contributions to the mid-infrared IC laser and related devices. 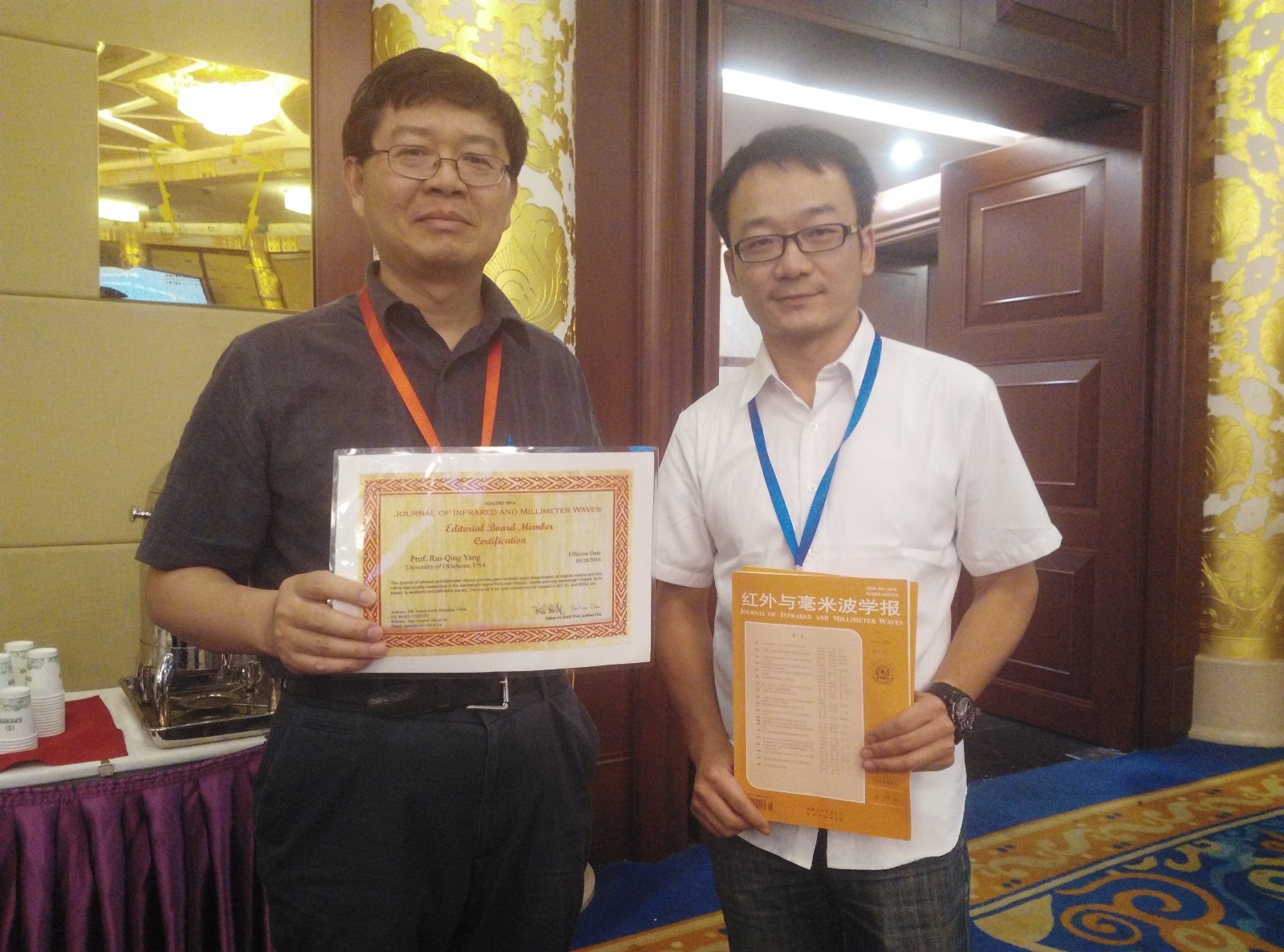 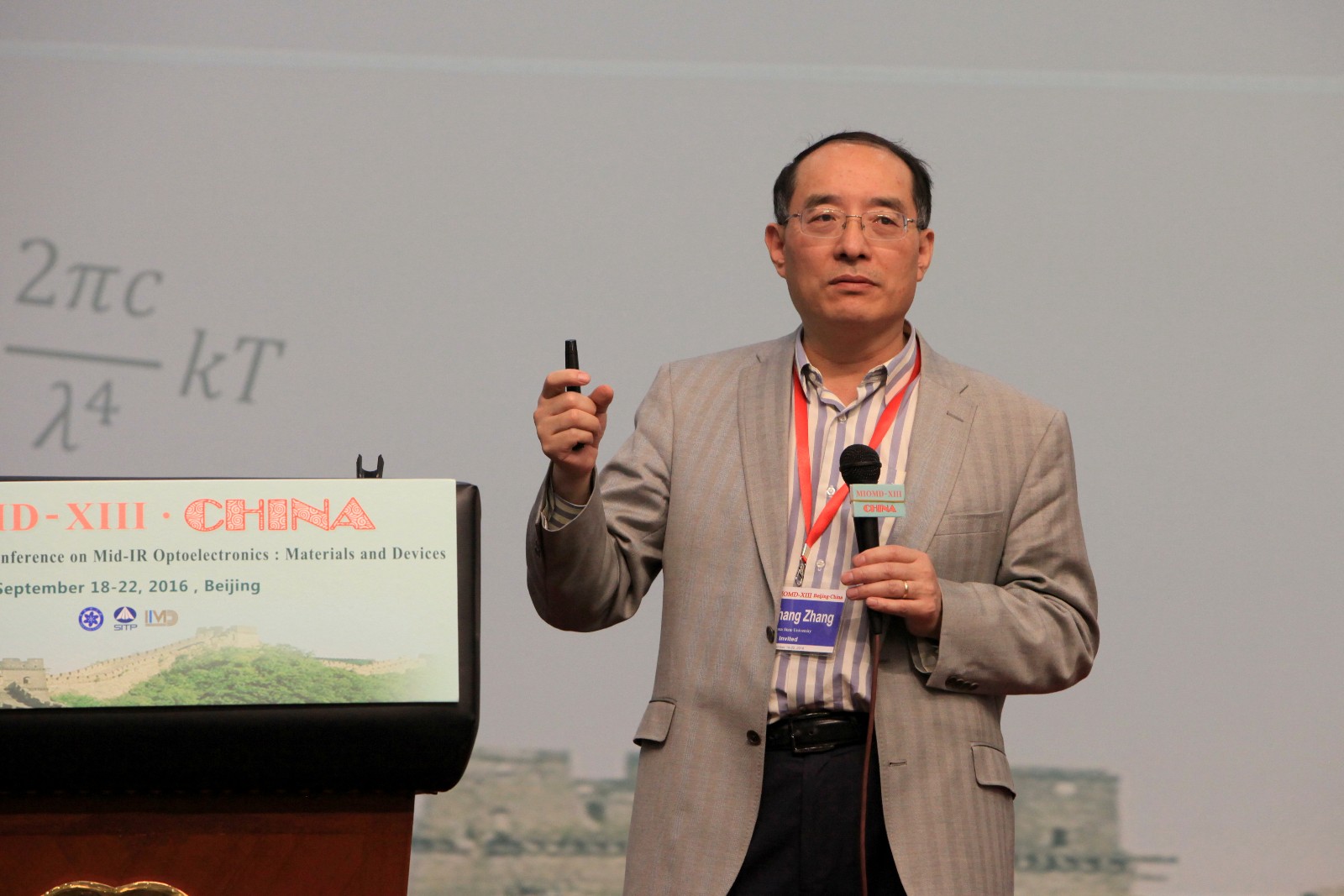 Prof. Dr. Yonghang Zhang received his BS from Nanjing Normal University in 1982 and MS from the Institute of Semiconductor, Chinese Academy of Sciences in 1987. He had worked at the Max Planck Institute for Solid States and received doctoral degree in physics from the University of Stuttgart in 1991. He then worked as an Assistant Research Engineer at UCSB before he joined Hughes Research Labs in 1993. In 1996, he was appointed Associate Professor in the Department of Electrical Engineering at ASU and was then promoted to full professor in 2000. He edited 3 books, published 3 book chapters and more than 290 peered reviewed papers, presented 388 invited and contributed talks, 12 issued US patents, and advised over 30 PhD students and supervised over 40 postdocs and visiting scholars. He is a fellow of IEEE and OSA, and served as the Associate Dean for Research at the Fulton Schools of Engineering, and is the founding director of the Center for Photonics Innovation, and the director of a university user facility ASU NanoFab. His areas of research interest include MBE growth, optical properties of semiconductor heterostructures, optoelectronic devices, solar cells, and their applications. More information about his group can be found on the webpage: http://asumbe.eas.asu.edu/. 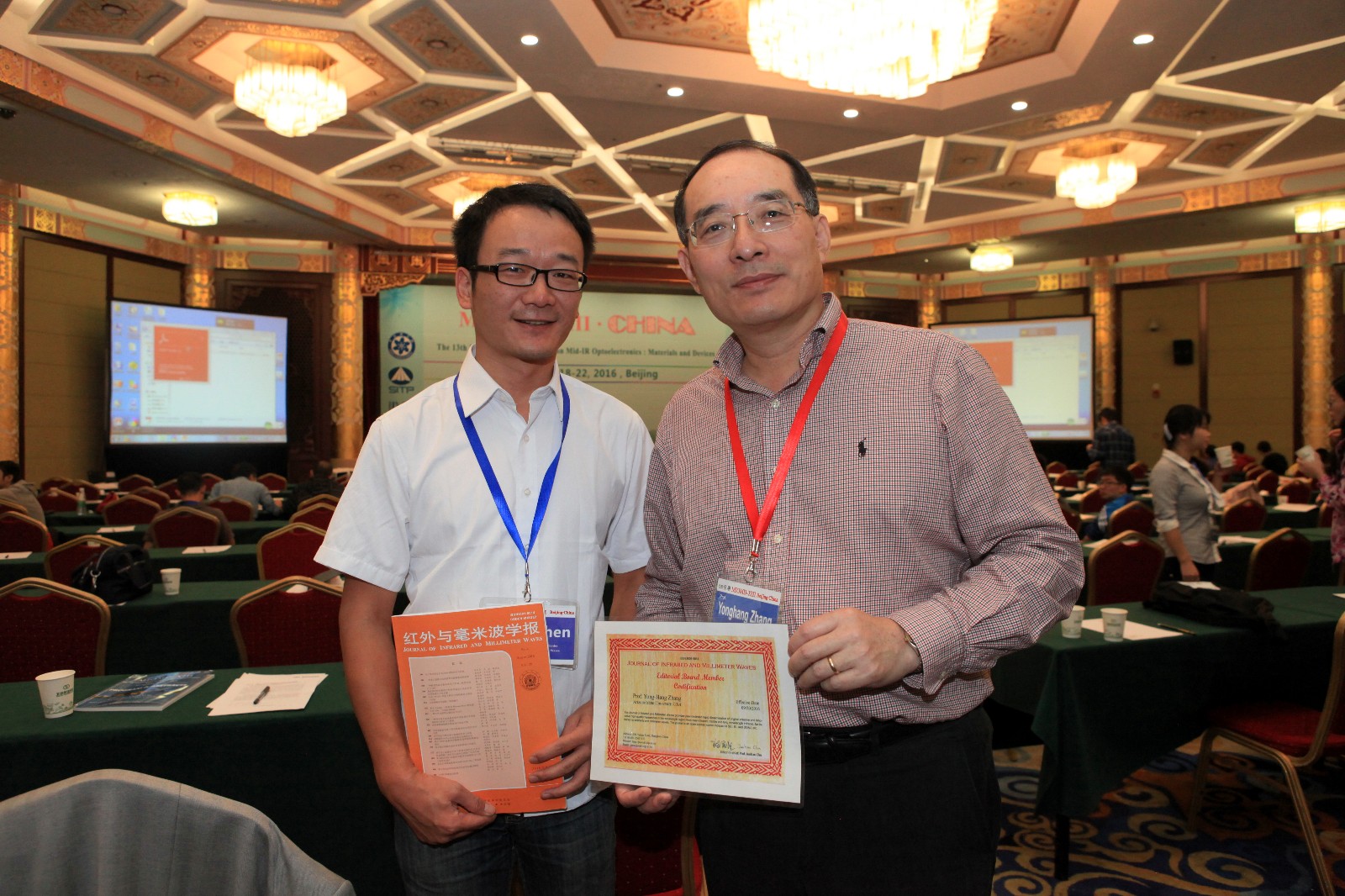 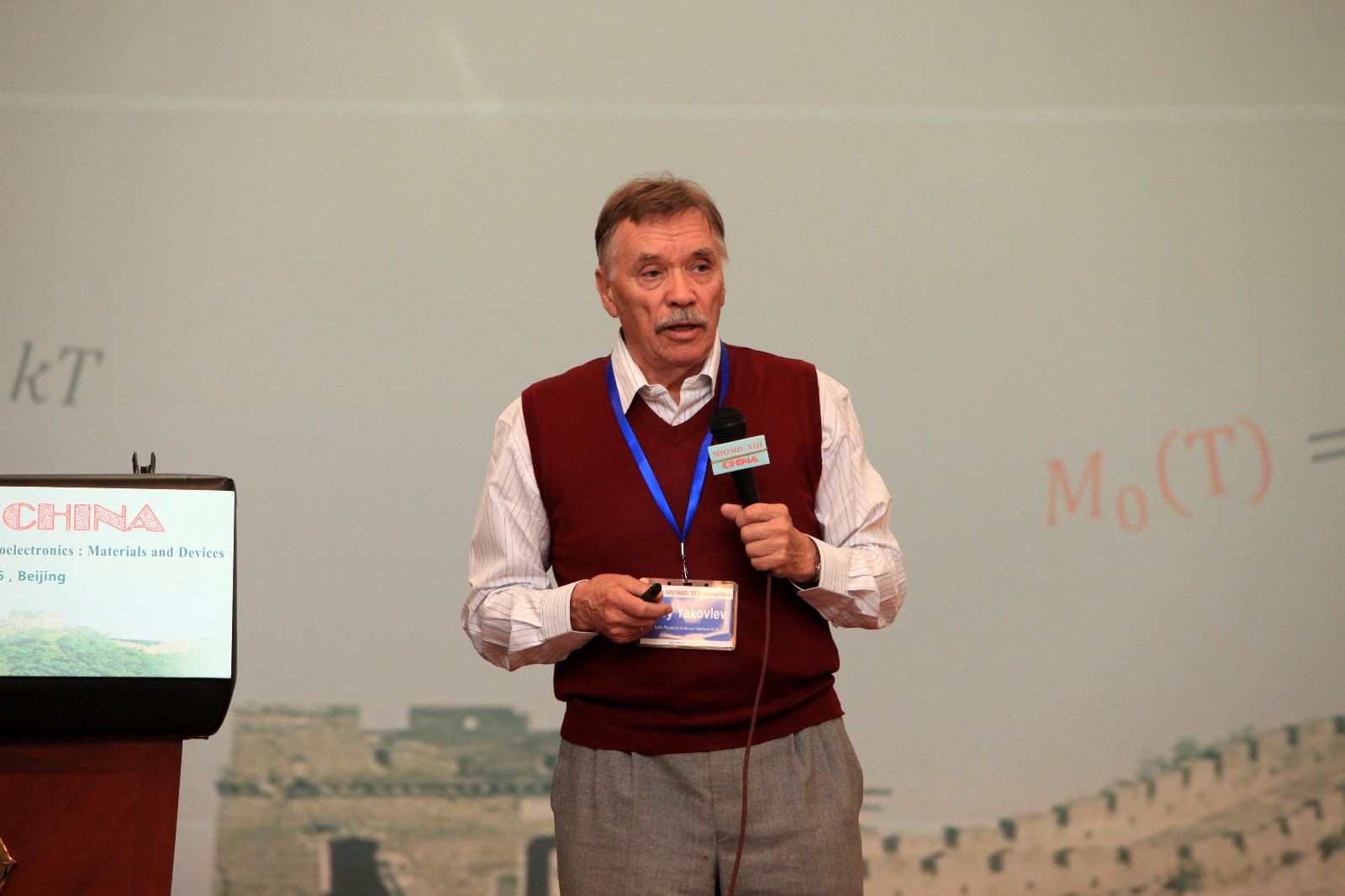 Prof. Dr. Yu.P.Yakovlev is from Ioffe Physical Technical Institute. Ioffe Physical-Technical Institute of the Russian Academy of Sciences (for short, Ioffe Institute) is one of Russia's largest research centers specialized in physics and technology. The institute was established in 1918 in Petrograd (St. Petersburg) and run for several decades by Abram FedorovichIoffe. So it is quite natural that the Institute bears the name of this outstanding scholar and organizer. The Institute is a member of the Russian Academy of Sciences. The institute has the following divisions: Center for Nano-HeterostructurePhysics, Solid State Electronics, Solid State Physics, Plasma Physics, Atomic Physics and Astrophysics, Physics of Dielectrics and Semiconductors. Prof. Dr. Yu.P.Yakovlev is in the Division of Solid State Electronics and laboratory of Infrared Optoelectronics, which is in Russia Saint Petersburg,Petro-Slavyanka. His areas are Solid State Physics, Experimental Physics, Atomic, Molecular and Optical Physics. He is a Doctor of Science. He has 335 publications, and 1,638 Citations. 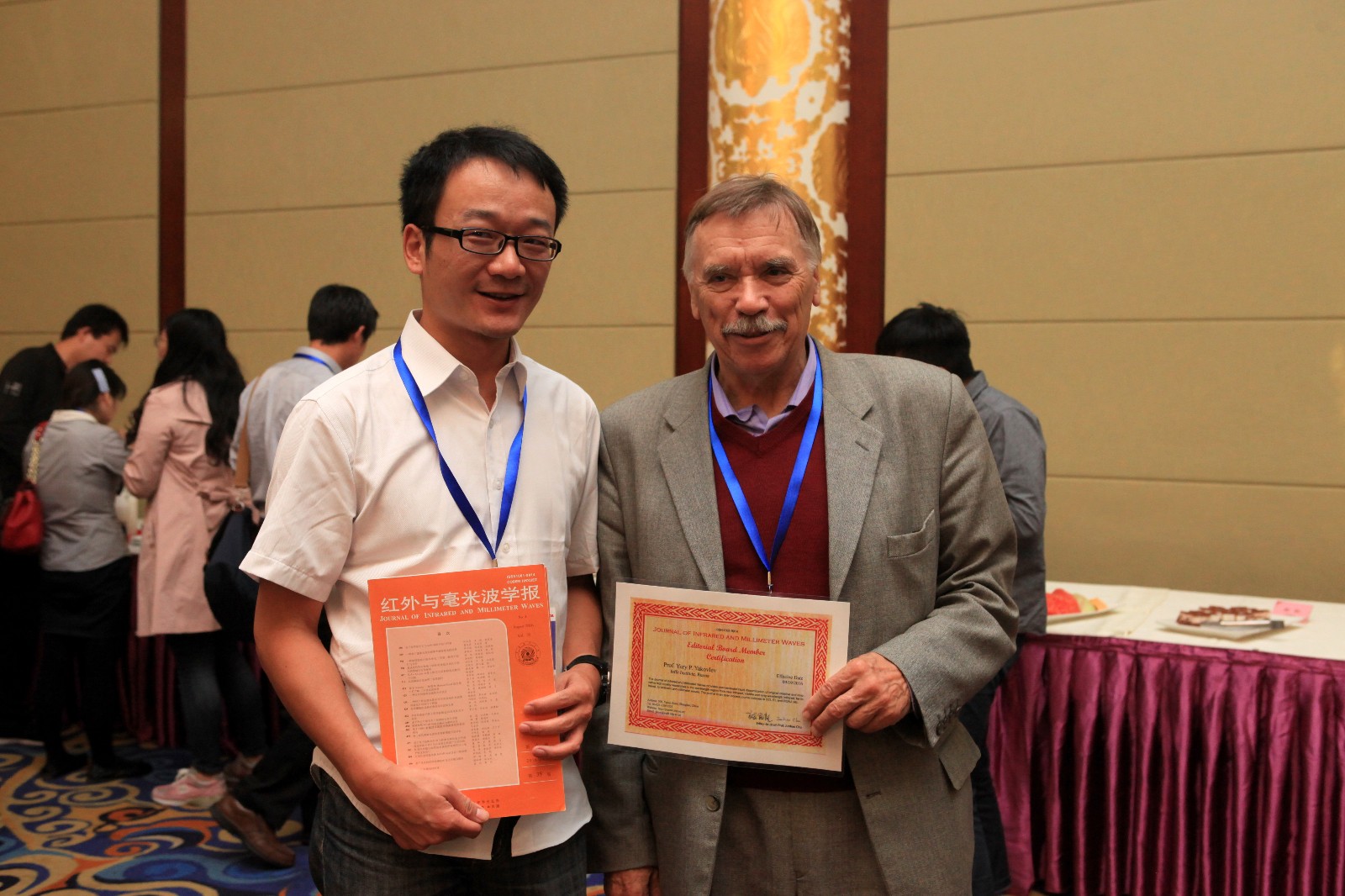 We thank new Advisory Board members for their contribution in future to the Journal of Infrared and Millimeter Waves. We are looking forward to working with all of you.